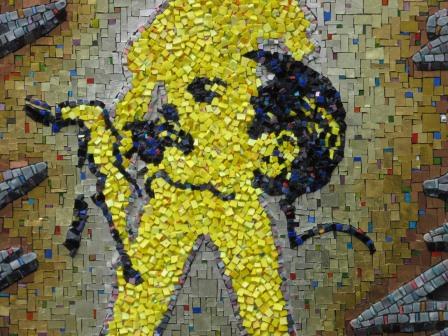 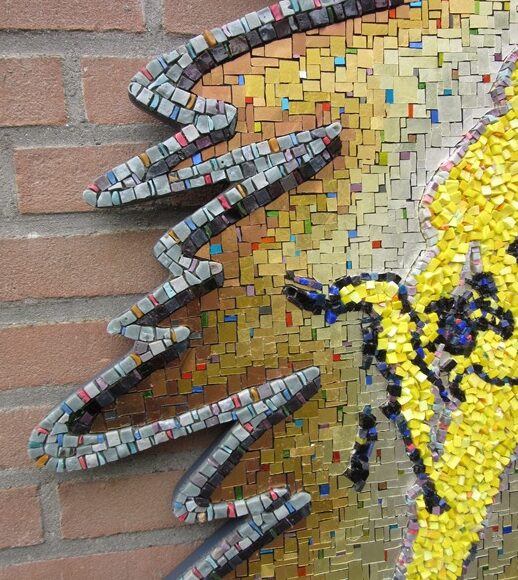 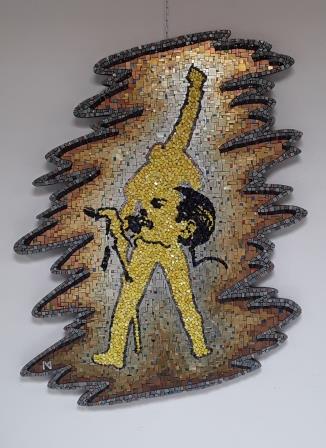 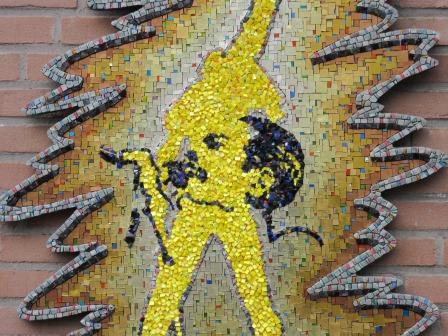 The Freddie Mercury Mosaic is a mosaic for the real fan ! With loads of 24 carat gold mosaic in about 14 different shades. The work holds a lot of effects which unfortunately are barely visible on a photo. So if you are really interested in this work, then i will certainly recommend you to come over to my studio, to view the mosaic in real !

The Freddie Mercury Mosaic is a tribute to the legendary leadsinger Freddie Mercury of rockband Queen. Freddy Mercury was a singer, songwriter, record producer, and lead vocalist of the rock band Queen. Regarded as one of the greatest lead singers in the history of rock music, he was known for his flamboyant stage persona and four-octave vocal range. Mercury defied the conventions of a rock frontman, with his highly theatrical style influencing the artistic direction of Queen. A true artist, who has stolen so many hearts by who he was and what he did.

A Kind of Magic 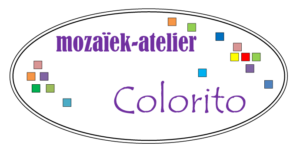